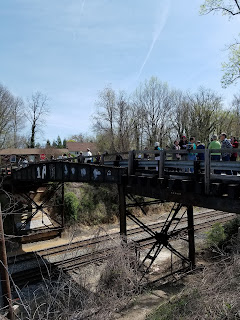 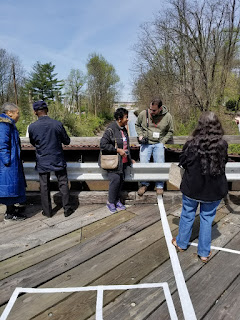 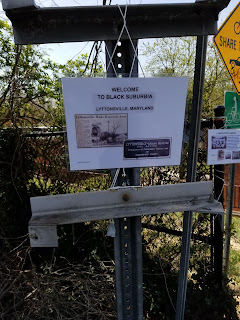 Why not Criteria A, and leave it at that ?

And, it's very good to see your postings again. Been awhile.

It seems to me that if the people writing the MOA were concerned about the types of things you are talking about, they could have included stipulations accordingly. There is no requirement to only include mitigation associated with a documented adverse effects, is there? If no one came forward with the concern, what;s an agency to do? However, remembering David from the old days of ACRA-L, I suspect he was trying to get his interests and concerns addressed. If so, did he fail because only Criterion C was idneitfy in the NR evaluation?

My real question, however, concerns the ability to revisit National Register nominations in later undertakings that affect the historic property. When we evaluate a traditional cultural place for NR eligibility during a project, we only document those characteristics of the TCP that pertain to the undertaking at hand. So if the undertaking will impact one part of the TCP, we might only talk about those aspects of the TCP located in the area to be effected. We do not, and indeed it would often be impossible, to describe the TCP in toto; we would not try to say everything about the TCP, or give every reason we believed it eligible under each criterion mainly because it is sensitive information, but also from a practical standpoint, we would not want to bother people who may know about certain aspects of the TCP if those aspects were not threatened. So, our evaluation is not meant to be the be all and end all for that place, just what is needed for the undertaking at hand.

But, what happens when the next project comes along and is going to impact another part or aspect of the TCP? Are we locked into the existing NR evaluation? I assume we can go back and take another look at the TCP site form and evaluation, and revise it as we see necessary.

We do run into problems occasionally when someone will say, "we mitigated that property during such and such project." Then we have to remind them, "No, you mitigated the effects of that project, you did not mitigate the property. Now you have to consider the effects of this project. The previous mitigation may suffice, but may not." It does drive project people crazy sometimes, but that's the way it is.

So,,,,are National Register evaluations and nominations living documents? They have to be, don't they?

Darby -- First off, the "living document" business is one reason I recommend against NOMINATING things to the NRHP -- a formal listing is a pretty damned dead (to say nothing of deadly dull, and dead-tree) document. A determination of eligibility, and still better an agreement to REGARD as eligible for the 106 case in progress, is much more flexible, more living and breathing and capable of evolution.

As to the Talbot Ave. Bridge, it wasn't nominated; it was regarded as eligible, based on a narrowly constructed consultant's report. Why didn't people come forward with their cultural concerns? I don't know, but my guess is that they didn't know how to do it in a way that would make any difference. You know how that works; for better or worse, one of the few reasons anyone hires me any more is to help translate community concerns into Register Rhetoric and Section 106 Speak. It shouldn't be that way, which is why Claudia Nissley and I have offered our suggested amendment to Section 106.

At the time the Talbot Ave. Bridge case went through Section 106, I think David was down in Georgia getting beaten up for opposing gentrification-based resegregation, and nobody asked me about it.